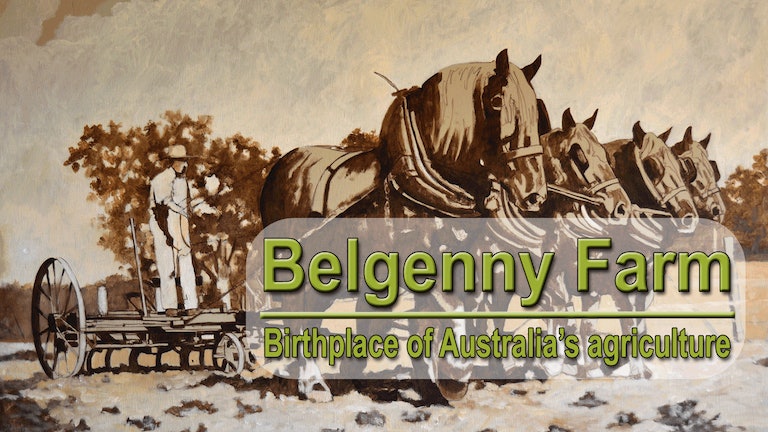 These self-guided walking tours reveal the rich history of Belgenny Farm, its buildings dating from the early 1800s, its people and its role in developing Australia’s agriculture.

Belgenny is at Camden in western Sydney and is one of Australia’s earliest national treasures. It is part of the historic Camden Park property which began with a grant to John Macarthur in 1805. John and his wife Elizabeth played a key role in developing the Australian wool industry and the family established one of the first commercial vineyards in Australia.

Belgenny Farm comprises the oldest surviving group of farm buildings in Australia, including the site where John Macarthur spent his final years.